It's been a long time since my last post but I finally had some time on my hands to do some writing so here's an album review of the recently released album, #3 by The Script. 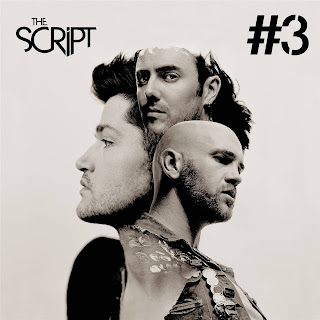 Okay, first things first. Let me confess that I'm a dedicated fan of The Script ever since I came across their debut album. The band could not be more aptly named. What caught my attention the most was the beauty of the songwriting and the lyrics of their songs. Their lyrics read off like poetry with no shortage of clever metaphors and witty wordplay. Their second album didn't just live up to my expectations of the band, in many ways I felt it surpassed their first. So you could imagine my excitement when I heard the announcement for their latest album, #3

Now let me get on with it. Truth be told, I'm honesty let down by this album. This album is perhaps their most personal album yet, with songs like If You Could See Me Now, and also their most message-driven, with songs like Hall Of Fame and Give The Love Around, but overall this album seems to lack the lyrical genius and wit that are The Script's claims to fame. A lot of the songs are filled with needless filler of repeated humming and 'ooh'-ing, as if O'Donoghue and Sheehan couldn't figure out what else to put in. The other two bonus tracks found in the Deluxe Edition of the album, Moon Boots and Hurricanes, are equally uninspiring and are perhaps the worst songs off the entire album.

There are some nice songs in this album though. Six Degrees of Separation in my opinion is probably the album's best song by far in terms of both musical polish and lyrical wittiness but still fails to match up with the stronger songs of their previous album (e.g. Nothing, Science & Faith, For The First Time). I would have liked If You Could See Me Now more with it being the most emotionally potent song of the album but the musical delivery of the song caused it to fall flat. Two other songs worth mentioning would be No Words for being one of the nicer sounding songs overall and Millionaires which barely makes it as this album's answer to Science & Faith's For This First Time, sadly lacking the lyrical punch its predecessor had.

I would like to take some time to talk about the live songs that were also included in the Deluxe Edition. The recordings were taken  during a concert performed by them in their hometown of Dublin and just by listening to the crowd's reaction and energy in each of the recordings makes me wish I was there. The sheer volume and synchronicity of the crowd was to say the least awe-inspiring and as a concert-goer myself, I would have given anything to attend a concert with a crowd like that.

Overall, the release of this album is a tarnish on their track more than anything. The message driven songs just feel preachy and unnecessary, and the album the album lacks the lyrical punch that I've come to expect following their sophomore album. I can only hope that their next effort rebuilds my confidence in them.
Posted by Jesmond Chia at 17:32

Email ThisBlogThis!Share to TwitterShare to FacebookShare to Pinterest
Labels: Music